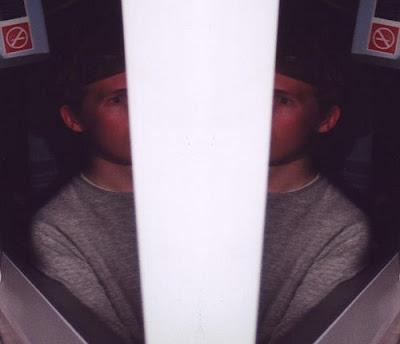 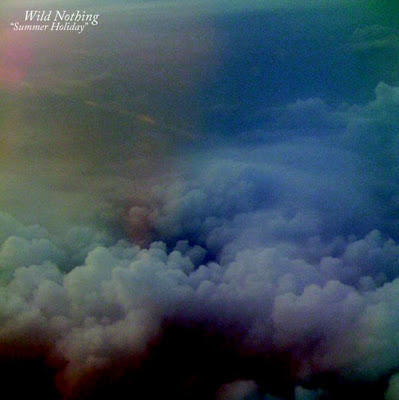 A few months back the track "The Splendor" was released and I started to get really excited about the hint of a new Pantha Du Prince album. The last album he (Hendrik Weber) released was The Bliss on Hamburgs Dial Records and was one of the most sonically impressive albums I heard in 2007. I actually think I heard the album more in 2008. Regardless, the man knows who to make minimal techno. Shit, I mean he remixed Animal Collective. Not every producer gets asked to do that. Only Dam Funk, Black Dice, Zomby and a handful of others have been asked to do so so far.

For the new record, Black Noise all the dry parts of the last record are cut out to make a new more solid Pantha Du Prince. All the lush strings and intricate bell and percussion parts are still here. But instead of the long winded string and bell parts in some tracks along with the too hard for the record techno tracks, this record has more of a solid mix of the two here. The only part that I don't love on this record is the track with Panda Bear a.k.a. Noah Lennox of Animal Collective. I don't really feel his voice is right for minimal techno. He breathes this kind of child like essence into the track that Weber doesn't have or need to produce his brand of music. Fans of shoegaze also might like this being that Weber uses droning notes and chords that fans of My Bloody Valentine, Slowdive, Ride and Moose might be into. Weber himself is also a hugh fan.

(first photo from the top)

Joy Orbison! I've written about this guy way too much. I'm still consistently impressed with the tracks he (Peter O' Grady) puts out. His dubstep/house/disco tracks are smarter than most guys twice his age. He's only 22 and every single he's released had been blogged about. Even his b-sides are blogged about. I'm not going to write too much more, I'm tired of blowing this guy. Here are some new tracks. Where’s the full length O’ Grady?

Joy Orbison: "The Shrew Would Have Cushioned The Blow"

Hailing from the Baltimore, MA and having released two albums already, I didn't really see Beach House doing much more with their sound. Signing to Sub Pop Records, I should have known that things might have changed. I'm always really interested to see what bands do when they have bigger budgets, from their newfound labels. Whether they go for that all reaching pop sound that usually is not very good in order just to see how far their sound can reach commercially and how long they can last on a decent label without getting the boot. Here, that's not the case. Beach House, instead of going down that pop route, they go for a bigger, more in touch with who and what they are Beach House record. I love them for that too.

The new record Teen Dream has been playing almost non-stop in my room since I got a hold of it. The record is dark and beautiful without ever stepping into the "this is too angsty" realm. I'm getting older and I'm very hesitant to get into an indie rock record nowadays. Something about that genre is too gimmicky or "white" sounding for me to pay mind to. This record has soul though, check it out.

(3rd photo from the top)


Wild Nothing is a recording project for Jack Tatum who's a Virgina native. There's not too much I can write about this because there's not too much info available yet. The vocals are breathy, the back-up vocals are haunting, the guitars are bright and the production value is that of a 90's alt rock bands. The new single "Summer Holiday" reminds me of the guitar in the Cure song "Pictures of You". Wild Nothing is playing some shows up in New York soon, so Brooklyn friends, make sure to take note and try to see them.

(4th photo from the top)


Posted by Blueblogs at 2:17 PM No comments: Links to this post