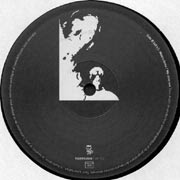 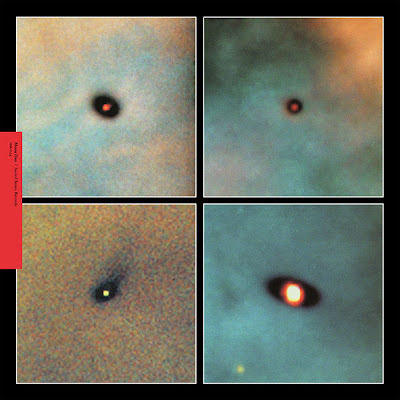 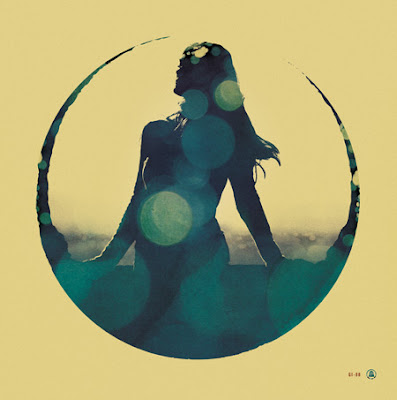 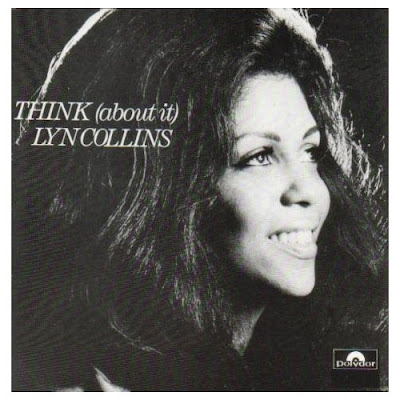 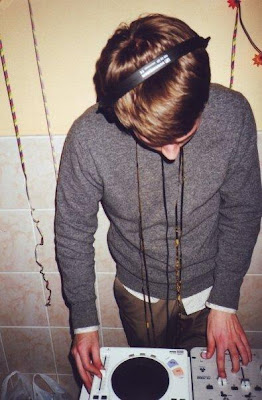 I first heard Metro Area on a DFA remix album. The song was "Orange Alert" and I was pretty unimpressed. Although, I follow the blog discodelicious.com, and the guy that runs it usually has an excellent selection of songs. I saw there was a Metro Area song and I was kind of surprised. He usually stays away from the indie-tinted disco club tracks that DFA and hipster DJs tend to eat up. I usually listen to all the tracks discodelicious posts and that day wasn't any different. As soon as I pushed play, I was into the track. The song was more on the house/disco side, which scares most indie kids, thinking they might start turning into that douche bag who hates indie rock and loves club music, or so they think.

The group is made up of super producers/DJs Morgan Geist and Darshan Jesrani. They made a few tracks together in the 90's but didn't decide on the name Metro Area until 1998. Since then they've made about a dozen 12"s.

The track is called "We Also Not" and is a six-minute journey that's perfect for doing homework and recovering from a hangover to. If you're lucky, maybe making out with somebody. That's depending what kind of kid you are. Around 4 and a half minutes these beautiful space-aged synths come in and really give the song the eyebrows that it needs to last those six-minutes.

Metro Area: "We Also Not"
Moon Duo is the side project of Ripley Johnson, Guitarist/vocalist for the group Wooden Shjips. It's supposed to be the Velvet Underground inspired side group, but it's more than that. It's very hypnotic in the sense that the beat traps you in with its repetition. Sometimes having Motown style drums with noisy/droning guitars, bass and effected out vocals. Sounds good to me. I don't have the whole EP Killing Time yet, but it's on my list. I think I like this better than Wooden Shjips.

The new EP from Tycho is entitled Coastal Brake and the title track starts off like an acoustic Boards of Canada track...until the drum beat kicks in. Then you're swirling down a wave of colors and synths as you chill out to the sounds of San Fransico's newest producer. I'm going to put him on my producers-to-watch list for in 2010.

(third photo from the top)

Lyn Collins is a woman who we've all heard sampled but most likely know nothing about. Most famously you'd know her in Rob Base and DJ E-Z Rock's "It Takes Two". It's the "Woo! Yea!" that we know so well from her 1972 hit "Think (about it)". She's been sampled by about a dozen other artists as well. Collins was born in Texas and known most for working with James Brown. Listen to this track and you'll hear the James Brown similarities.

With just two singles released and a handful of remixes, this guy (Joy Orbison) has created more buzz in the club music/producer world than just about anyone else this year. Being only 22 and born in the UK (living mostly in South London now), Joy can have a lot of potential to become a great producer, being that South London is the heart of the garage/dubstep scene. Every song has been a great listening track but also a great club track. These songs are made for good headphones or club speakers. If you're an audiophile who loves textures, this should be right up your alley.
Joy Orbison: "Hyph Mngo"
Joy Orbison: "J. Doe"
Posted by Blueblogs at 1:00 PM No comments: Links to this post 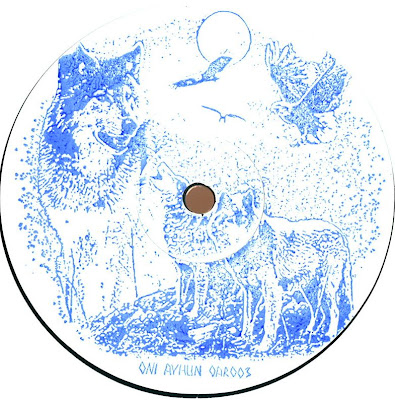 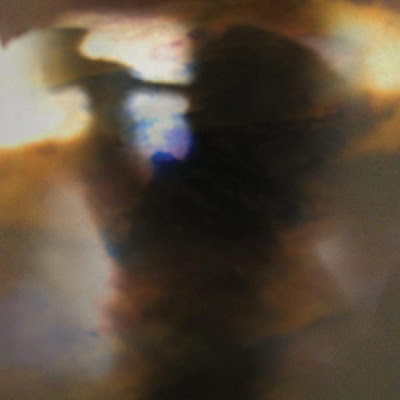 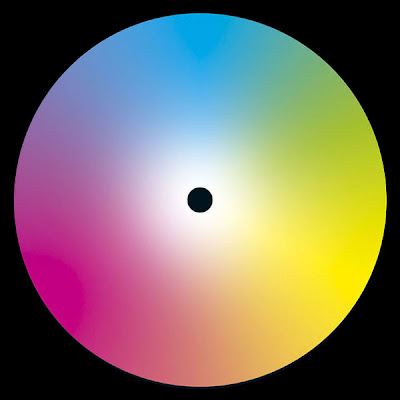 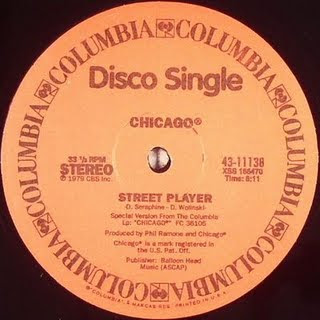 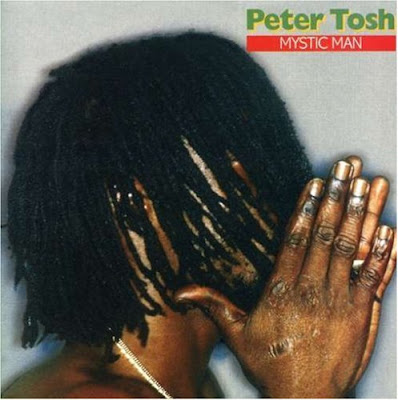 It's been recently confirmed that Oni Ayhun is the work of Olof Dreijer of the Knife. The Knife is supposed to be on a 3-year hiatus so that Olof can work on his DJ project Coolof. Oni must be his techno producer outlet. Upon first listen of Oni Ayhun, I was reminded as to why I like the Knife. All the soundscapes they like to play with are here but more specified to the techno genre, with a little dub influence (there's a little dub break down around 7 minutes into the track) on side b of the single OAR003.
Following in The Knife’s tradition of anonymity, Olof did a good job of staying out of the press and hiding his face to avoid it being a distraction from the sounds. It wasn't until he started DJ-ing this project that people figured it out. He played a show recently in Germany with Joker and a few other big shot producer/DJs and I've only read great things. I'm not sure how much longer The Knife’s hiatus will last but I like both solo projects (Fever Ray being the other) and can't wait to hear more of what these two create. Sweden has birthed us two creative mo fo's.

The first photo on top is the Oni Ayhun EP.
Oni Ayhun - OAR003-B
The new Animal Collective Ep is out, Fall Be Kind. All the weird more introspective songs that Merriweather was missing are on this release. Being that Merriweather was the Animal Collective pop record, this had to be released because there are great songs here that didn't make sense to release on the full length. I happened to see them play a few of these tracks in Orlando at Club Firestone. "What Would I want? Sky" killed it. That song is the second song in history that was given permission to sample the Grateful Dead. I won't write too much about this because too many other blogs/critics already have and have done a better job. All and all this should be a good winter chill-in-your-bedroom record while you're reading or just hanging with friends. Smoke more weed.

Second photo from the top.
Animal Collective: "What Would I Want? Sky"
Animal Collective: "Bleeding"
After the Four Tet and Burial collaboration being somewhat of a let down, I wasn't sure how this single was going to be. Four Tet has done great things in the past but recently hasn't done anything to impress me. Honestly, I've been bored. "Love Cry" the new single is more inline with what I'd like to see Four Tet doing. The raw sounding drumbeat, the experimental/ambient style electronics and maybe even some glitchy elements for some extra flavor are all here. When the vocals come in they hit you like a ray of sunshine. This is a Four Tet style house track. This is not made for a club though but maybe your bedroom or a long drive in the winter. The fact that Burial worked with him and Joy Orbison is willing to work with him is a good sign. People and producers still have faith in Four Tet and this track is why.

Third photo from the top.
Four Tet: "Love Cry"
Four Tet: "Love Cry (Joy Orbison Remix)"
Chicago's album 13 came at a time when disco was at it's peak and Chicago's fans were dwindling. They decided to go disco and follow the crowd. I usually hate this, but in the case with this song, I'll let it slide. The track "Street Player" kills. The conga heavy latin breakdown is my favorite part. Sounds like an awesome dance party. A 90's house/disco group sampled the hell out this song. That's the only way it might sound like you've heard it before. Unless you're a die hard Chicago fan. Douuuuubt it!

Fourth photo from the top. Fucking duuuuuuuuuuuh.
Chicago: "Street Player"
The Bucketheads: "The Bomb (Youth's Street Player 2 Turbo Edition)"
You might know Peter Tosh as a soulful reggae singer and former member of The Wailers, but you can hear him now with this nicely done disco edit. Disco's never sounded so soulful. This edit is done by SirBilly who does a bunch of killer edits. Check him out.
Peter Tosh: "Buk In Hamm Palace (SirBilly Edit)"
(last song on the page but downloadable there)
Last photo at the bottom.
Edited by A. Gilwit
Posted by Blueblogs at 12:13 PM No comments: Links to this post